A group of us made a trip to the Niagara Falls from NY. We touched down in Buffalo which was about 27km from the Falls and then proceeded by coach. The Falls comprise the American Falls on the American side and the Horseshoe Falls on the Canadian side. 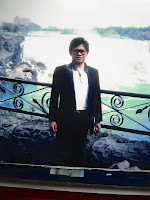 The Falls . Picture taken from the Canadian side. Hank having passed the Immigration and walking towards the Horseshoe Falls 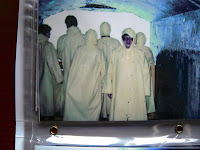 The Tunnel: Access to the back of the Horseshoe Falls beneath the surface were through elevators and tunnels. We were garbed in raincoats as it was wet and cold. 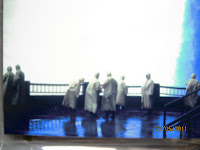 The Observation Deck: The Fall seen in the background 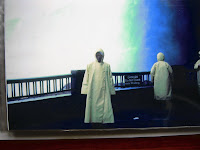 Hank at the Observation Deck 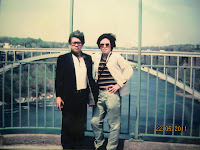 Hank with my Korean buddy. This was snapped upon returning from the Canadian side. We decided then to take the boat cruise on the American side. 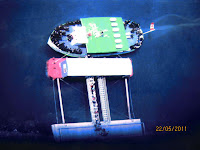 Boat Cruise on the American side: View of the boat berthed below waiting for tourists 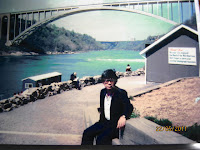 River Level American side: We descended to the river banks below to take the cruise. 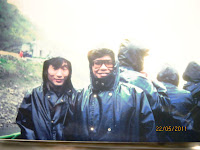 Boat Cruise with Lee: We took the boat cruise as a consolation for Lee. Lee was prevented from going over to the Canadian side because his Korean passport was issued with a single entry visa. He had to wait for us to return in the afternoon to the American side before some of us took the cruise with him. 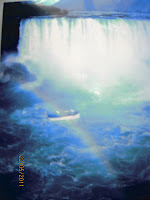 Rainbow Image: Hank snapped this photo to capture the rainbow with the other boat in the background.