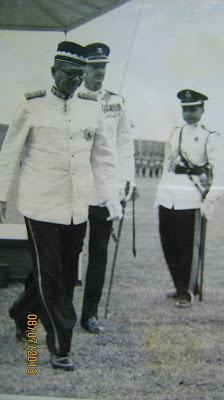 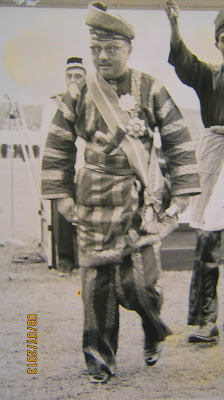 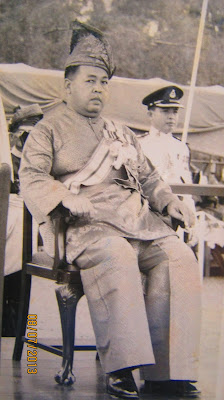 Image:3 His Majesty The DYMM The Yang Di-Pertuan Agong, the Raja of Perlis 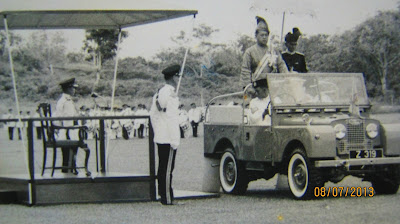 Image:4 His Majesty Going Over for the Inspection
The Inspection done on a Royal vehicle as the parade in Port Dickson took place on the College Padang which had to cover lots of ground ( unlike that of the Parade Square in Sg Besi which is smaller where it was done on foot) 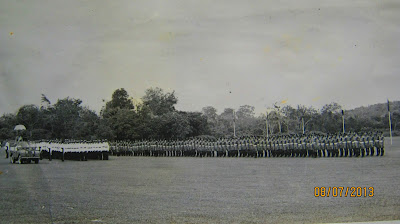 Image: 5 The Inspection of the Guard of Honor, comprising the Senior Cadets 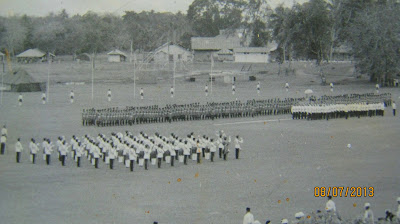 Image:6 The Inspection of The Boys Wing. The image was taken from up on the ridge at the MQ 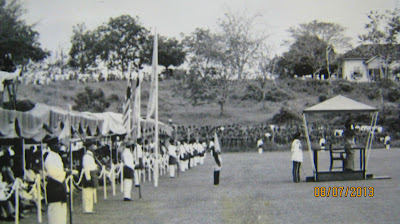 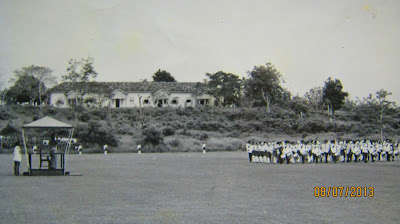 Image: 8 The March Past by the Band. The MQ in the background 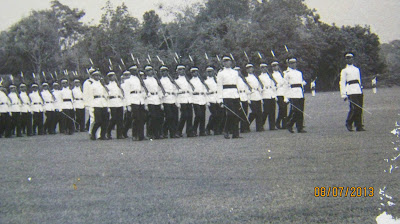 Image:9 The March Past by the Cadets 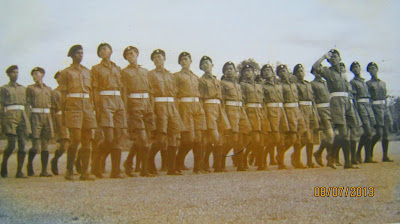 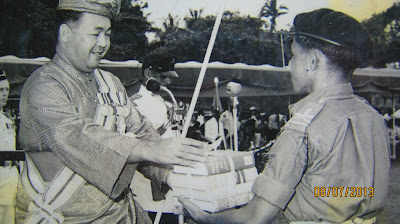 Image: 11 The DYMM Yang DiPertuan Agong presenting the Director's of Studies Prize (for Academic Excellence) to 'G' Coy's SUO Salleh Mohd Nor of Upper Six Science ( a brilliant scholar, who hailed from Juasseh, Kuala Pilah later Tan Sri,Dr. who once helmed the Forest Research Institute, and currently the Malaysian Nature Society and countless other NGOs ) 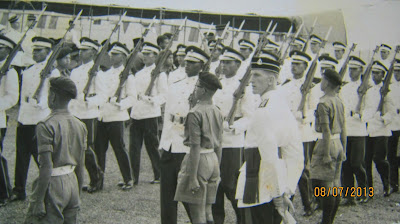 Image: 12 The Passing Out of the Senior Cadets accompanied with the strains of the Auld Lang Syne

The Sovereign’s Parade is a most auspicious day for the Royal Military College (RMC). It is an annual event held at the end of the year. The Sovereign’s Parade as the name suggests is graced with the Royal presence of the King, the DYMM Yang DiPertuan Agong who would confer the designated royal commissions to the graduating Senior Cadets.

It is a passing-out parade, the culmination of a 2-year training stint for the Senior Cadets. They are commissioned into the Armed Forces as a young subaltern officer with the rank of a 2nd Lieutenant in the Army ( or its equivalent in the Navy and Air Force )

In 1960, the then Federation Military College (FMC) comprised the Cadet Wing and the Boys Wing (now Cawangan Putra). In the Sovereign’s Parade 1960 ( as in all others until recently), the Boys Wing was accorded the privilege and honour of active participation together with the Cadet Wing.

This is a pictorial essay based on pictures in Hank's possession. It provides just a glimpse of what happened, just a little of the dignified pomp and pageantry, an event steeped in the tradition and ceremony of the military, just a record to say that ‘I was there 50 years ago in the Sovereign’s Parade in Port Dickson’.