Image2: A Leopard Gecko being handled by a pet owner
(Photo Credit, courtesy of Google) 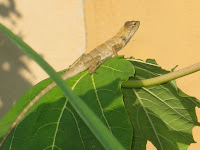 Image3: I found this little creature in the backyard one morning. It is just a common lizard in the bush called cengkarung (of no monetary value)
The Elusive Cure
I happened to run smack into a little creature on the stalk of my papaya tree. I took some snapshots at different times but mostly for two mornings
It’s been variously described as an animal holding out. Its ancestors were dated to the dinosaurs' era. It’s distant cousins are the alligators , fresh water crocodiles,monitor lizards, the desert dhab and the Komodo dragon.
Interestingly enough, all these ‘cousins’ were known to us before. They  were either to be avoided (alligators and crocodiles) treated with respect or considered a nuisance (house lizards) or even as barbecued offerings for those adventurous enough and not squeamish about having them for dinner.
What was surprising was that in recent times one of these geckos have been adopted as pets . They came in different colours and texture and traded and exchanged among pet owners. Not enough with that a report recently had them as a cure for AIDS and priced accordingly at close to USD1000 or even double that in the Philippines.

What people will pay for the elusive cure!
Posted by kaykuala at 2:13 PM

Great pics; I thought about the prehistoric look, when I saw that Praying Mantis, the other day~

If you're trying to burn fat then you certainly need to start using this brand new custom keto diet.

From their launch in early 2019, thousands of people have already completely transformed their body and health with the benefits a good keto diet can give.

Speaking of benefits; in this link, you'll discover 8 scientifically-proven ones given by the keto diet.